When I first thought about writing this post, I wasn’t sure that I would have very much to write about!  2014 was my first year of blogging and independent coaching and it wasn’t even until July that this became my full-time job.  I hadn’t actually planned it that way, but I was forced to make a choice between my part-time job and self employment.  Even though there wasn’t a lot of security in my paid job, it did provide a regular income, so letting that go was scary.

When it came down to it, however, I couldn’t not do this and at least the first stages were already in place. My Facebook page was up and running and I was privately coaching a few friends, so I felt committed and I knew that I couldn’t walk away.  But bigger than that, it would have meant giving up on my dream. Thankfully, having a supportive husband meant that I didn’t have to! 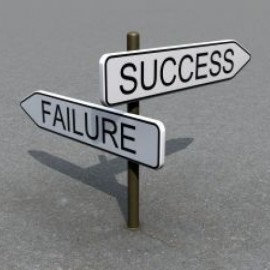 Its not the first time that I’ve found myself thrown in the deep end and wow, what a whirlwind its been.  My learning curve over the last six months has been so steep, you could almost say vertical!  There was so much to learn, from setting up and running a website, to marketing and social media, to recipe development to developing and selling my own products.

Looking back, I know that I definitely made the right choice. I love my job; seeing people make positive changes in their lives and knowing that I have helped them get there is enormously rewarding.  It can be hard being a ‘solopreneur’ but I’m never truly alone; I know that I can always turn to social media and my mentoring and mastermind groups for some online company.  And thanks to the magic of wi-fi I can always pop out to a local cafe to sip on great coffee while I work!

What’s probably been most exciting for me is how much my business has evolved in such a short time and in ways that I hadn’t expected.  At the beginning of 2014, I certainly didn’t imagine that I would be this far along ? but I’m very glad that I am!  As it turns out I do have a lot to look back on and not only be thankful for, but also to be proud of.  I’ve come a long way in a short time and this is only the beginning.

Now that’s enough reflection, let’s leave 2014 behind us where it belongs and bring on 2015.  I don’t about you, but I’m planning on having a great year. Join my free community to learn more about Wendy's Way, and my approach to weight loss and healthy living.

As a valued member of my community, you will:

Join now, and take your first step towards a healthier life.