I don’t know about you, but I love a good banana bread and I try out new recipes quite often. Since I’ve switched to healthier versions and baking my own instead of buying it, I now have a pretty good idea of the flavours and combination of ingredients that I like.

When I bake or make raw treats, I usually do it as I would a meal prep exercise, i.e. I make a few things in one go to freeze and use later. That’s what I was doing when I decided to experiment a little and that’s how I came up with this recipe. It wasn’t what I started out to do, but ended up being what you might call a ‘happy accident!’

I was cooking up some rhubarb, pear and strawberries on the stovetop, which I love to use with porridge or yoghurt for breakfast or snacks. Next on the list was banana loaf – it was a new recipe that I was trying and tweaking to suit my taste. Then inspiration struck and I thought that I would add some of the fruit mix to the batter. As you’ve probably already guessed, it turned out very well, which is why I now finally feel that I have a banana loaf recipe I can truly call my own! So that’s the story behind the creation of ‘my’ banana and pear loaf.

The recipe I’m giving you below uses pear and strawberry pieces, but feel free to cook a rhubarb mix if you want to! I hope you enjoy it as much as I do.

And make sure you also try this amazing BANANA WALNUT BREAD.

Oh and if you’re in need of some support and motivation to stick to a regular breakfast habit, my Free Brekkie Challenge is just the thing!

I run the challenges several time each year, so pop on over to the BREKKIE CHALLENGE PAGE for all of the details about how it works.

Or go ahead and sign up here and I’ll notify you when the next one starts.

Have you got your copy of my Healthy Desserts & Snacks recipe book yet?

With over 40 delicious recipes, it’s a must have for every healthy home cook. 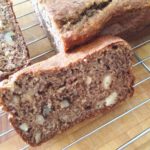 Check after about 30 minutes, and if the top of your loaf starts to burn or brown too quickly, cover it with foil until it's cooked through.

You can use a cooked rhubarb, pear and strawberry mix as I did the first time I made this, or you can also use any combination of fresh, tinned or frozen pears and strawberries – they are all equally yummy!
Serving: 12slices | Calories: 138kcal | Carbohydrates: 12.1g | Protein: 3.6g | Fat: 8.7g
Love this recipe? Have you made it?Share your pics on my Facebook page @wendyswaytohealth

**NUTRITIONAL INFORMATION IS ESTIMATED AND SHOULD ONLY BE USED AS A GUIDE.

Read more about WHY CALORIE COUNTING ISN'T AN EXACT SCIENCE

Join my free community to learn more about Wendy's Way, and my approach to weight loss and healthy living.
As a valued community member, you will:

Take your first step to a healthier way of living that just works.

Don’t forget to pin this recipe for later! Wendy’s Way to Health is all about helping you find the fit, healthy lifestyle that best suits YOU. You’ll find lots of free healthy recipes, tools & resources here on the blog.

LEARN MORE about me here.

Join the Wendy’s Way community for these great benefits: 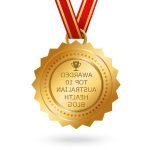 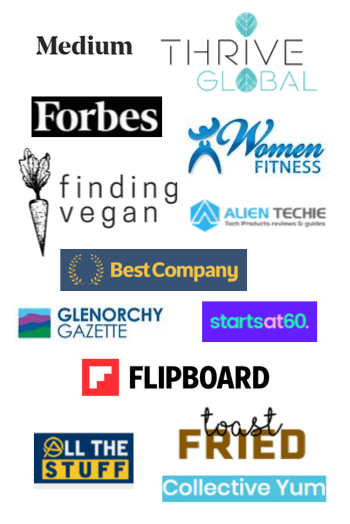